Kyoko Tominaga's "Minna no "Wagamama" Nyumon（『みんなの「わがまま」入門』）" is a book that defines "selfishness" as "asserting one's own opinion" and reconsiders it as a means to solve problems.

For example, let's say that school uniforms were very expensive. Families who can afford it may be able to buy uniforms soon, and students who have alumni in the neighborhood may be able to get a senior's handout.

On the other hand, for some people, it can be very burdensome. Not all houses have a smooth relationship with their neighbors, say "please give me a handout" to people, and pay for their uniforms with a pittance.

For these people, the cheaper the uniform is, the better, but everyone is paying for it, thinking it's a matter of course, so they think that the uniform is expensive, or that they can't buy it cheaper. It's easy for me to be rebuffed when I feel like I'm just being selfish. ("Minna no "Wagamama" Nyumon（『みんなの「わがまま」入門』）" , pp. 22-4， English sub ＝ Me)

Even just one person challenging the price of a uniform might reduce the burden on those four or five people.

Someone's "selfishness" may lead to the elimination of someone else's troubles.

I specialize in the study of social movements such as demonstrations, and I believe that many people in Japan feel that these social movements are "selfish". I have that feeling, but like everyday "selfishness," I can often see how social movements can help those in need. Because I have these feelings, I wrote this book in hopes of conveying its significance and role to others who have similarly negative images. (Interview with Kyoko Tominaga, English sub = Me)

According to a recent survey of Japanese attitudes (NHK Broadcasting Culture Research Institute), only about 20% of people feel that "demonstrations" influence national politics.

I thought that the social movement experts in Japan were going to counter public opinion head-on.

But that's not the case, and the book is interesting in that it takes what is sometimes called a "selfishness" of the demo and even gives it a title.

Therefore, if you read this book, you can understand that the way to solve the problem can be opened only when a certain event "becomes a problem" due to "selfishness".

So, how do we then walk the path to a resolution?

No matter how you look at it, it's not a question that can be answered, but I'm going to write what I think about it.

First, a line from a novel that came to mind when I read the book.

The problem child and the answer child.

There is a line in Kotaro Isaka's "The Rest of the World: A Vacation" that goes like this

Then the girls say, "Okada, you're a problem child.

I didn't know what the word "problem child" meant.

If there is a "problem" child, there may be an "answer" child, so much so that it occurred to me that Okada would give the problem and someone else would answer it. (Kotaro Isaka, Nokori Zenbu Vacation, Chapter 4)

This novel is a slapstick comedy centered around "Okada," who is a bit of an outlaw but a nice guy. The above passage is the part where his classmates give the "Okada" boy, who was called a troubled boy, one look at him.

A child whose personality and behavior differ in many ways from many other children and who requires special educational attention and guidance. (Daijirin, 3rd ed.)

This means that Basically, it would be a word with a negative image.

Can't we think of this "problem child" as a subject of "selfishness"?

We can think of it as

A "problem child" says "selfishness" and others come up with "solutions.

The person who is "selfishness" may be an outlaw but a nice guy, like "Okada". By keeping this possibility in the forefront of each of us, when we hear someone's "selfishness," we can start to think about how to solve the problem for society as a whole.

However, when we get to this point, one more question arises.

What is the "answer"?

There may not be an "answer" for everyone.

So how do we come up with a solution to the problem?

The role of the "teacher.

It is the intellectuals who come out here.

If we are "problem children" and "answer children", is an intellectual a "teacher"?

When something goes wrong, it is very important to refer to the opinions of experts in the field.

The amount of knowledge each one of us has is a mere fraction of what we have.

It's a very good thing that a discussion takes place, but it may be premature to conclude on that basis alone.

It is important to listen to the "teacher" and come up with a solution to the problem.

However, the ideas presented here are a mixed bag.

Besides, even a good idea might not be feasible.

That's where the "discussion" becomes necessary.

The role of the "class meeting

So far we have said "problem (answer) children" and "teacher", so if we were to use an analogy, we could say that the discussion is a "class meeting".

Whether it's just a meeting to exchange opinions or a discussion in two halves...

If you are in a situation where there are two positions on an issue and you have to decide between them, it might be a good idea to have a two-handed debate.

However, there's something gamey about this way of doing things called "debate".

In other words, there is a danger that it will become a point-battle of "how much you have argued the other side" and the goal will be "to argue" rather than "to reach an agreement on an issue".

Of course, if it's a competitive debate, that's fine. However, I would like to emphasize that the "discussion" here is about reaching some kind of agreement through "dialogue".

In political science, a form of democracy that emphasizes such discussions is called

Deliberative discussion is a dialogue that aims to solve problems through repeated "deliberation" and "discussion" by many parties. (Ministry of Education in Japan, "Community Schools 2018.", English sub = Me)

According to a more specific explanation from political scientist Tetsuki Tamura

・Give acceptable reasons for expressing your opinion

・If you are convinced of the other person's reasons, change your views and preferences.

It is called "deliberative discussion" when there are two points.

By being aware of this "deliberate discussion" instead of haphazardly arguing, I think we can get closer to solving the problem.

To sum up the flow so far.

2. The "problem/answer children" come up with an "answer" (solution) while referring to the "teacher's" opinion.

3. Everyone "deliberates" over the ideas they come up with.

Now that we've gotten to this point, all that's left to do is conclude, that is, one solution to the problem...

The role of majority rule

A common method used when coming to a single conclusion at the end of an argument is the majority vote.

The majority rule is very convenient because it is simple and you get an immediate conclusion anyway.

However, the conflicts of opinion that originally existed do not disappear because of majority rule. Inevitably, it's hard for minority opinions to be respected.

Also, depending on how the majority vote works, as in the 2016 U.S. presidential election, there are times when the chosen idea is not the majority opinion.

To overcome these issues, there is a way to "go through the motions".

Of course, having deliberated does not mean that those whose positions were ultimately unelected are completely convinced.

However, I think it's better than not doing it on the premise that "dialogue brings us closer to the right conclusion".

You may also want to try devising your decision-making methods.

In addition to majority rule, there are various other decision-making methods in this world, such as "Borda rule" and "Dowdall system".

Adopting a better selection method would also be necessary for better problem-solving. *8

This has become quite abstract, but I've been following the path from the "problem" of an event to the determination of its solution.

However, it is self-evident that this does not end there.

When policies and other measures are put in place in the process described above, there may be those who will again claim to be "selfish" about them.

And even if such an assertion does not fall on deaf ears, I believe that those who implemented the measures have a responsibility to understand the effects of those measures. Also, we have to come up with amendments in response to the results.

It may be more like "public opinion" than "selfishness" when it comes to this point.

Some truly diverse people are hidden in the "normal" and cannot be seen. If it is "selfishness" to try to connect with these people through the narrative of their experiences, because it is not possible to connect with them through "the same occupation" or "the same gender" or whatever, then I think it is "nosy" to try to respect the diversity of people, even though their positions are completely different. And "selfishness" and "nosiness", both attempts to keep the colorfulness of this world vibrant. ("An introduction to everyone's 'selfishness'", p.262, English sub = Me)

I have reflected that I must always live my life with my imagination of "selfishness".

The other day, I had an opportunity to talk to a person who had a brain tumor before surgery to remove it (Mr. X).
(Incidentally, he's very well now.)

At the time of our interview, Mr. X was unable to remember some words because the tumor had squeezed the language areas of his brain.
For example, if you look at a picture of a cow, the word "cow" doesn't come up. It was the same with "bamboo shoots", "fusuma" and "torii".

However, he says that he somehow understands the existence of the word "cow" itself.
In the same way, he says he understands "beef" and "milk" but can't pinpoint that they are made from "cows".

After hearing this story.
When a person remembers a word, he remembers it about another word that preceded the word in his memory.
I realized that this is what I am trying to do. 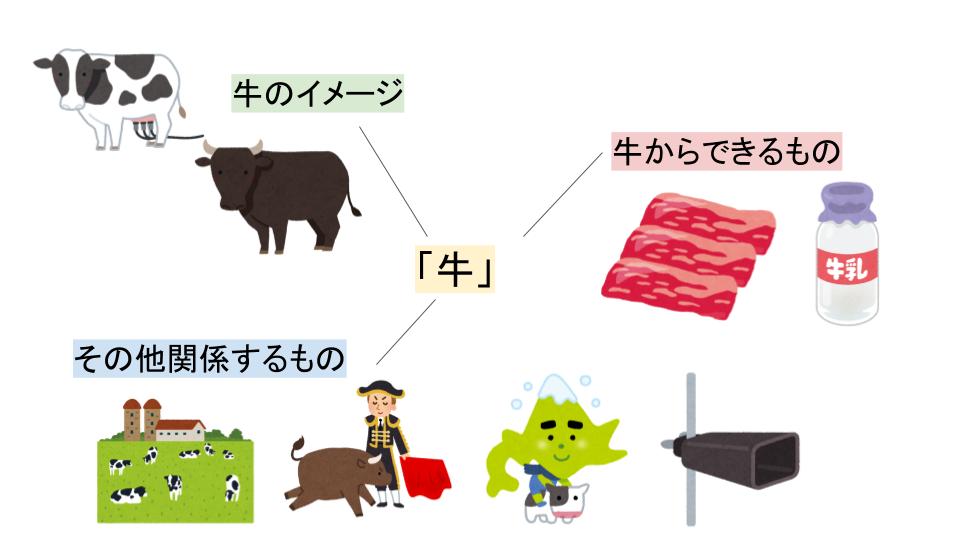 In other words, Mr. X was in a state where the thread connecting the words was broken, but the thread was only broken, so he remembered the existence of those words themselves.
Could it be that a network of knowledge centered on cattle that have broken down because the thread that connects words to words has been broken?

Come to think of it, I was told to be aware of the flow of history up to high school.
Instead of memorizing each term like a vocabulary book, it may be better to memorize each term in a flowing manner, relating them to each other, which suits the memorization system of the brain.

However, it may not be enough to just "memorize for the sake of memorizing".
Because knowledge is there to be remembered and used.

I guess I can't just memorize it. I suppose I need to be reminded. （Hideo Kobayashi*1）.

I reflected on trying to memorize it for remembering and using it. 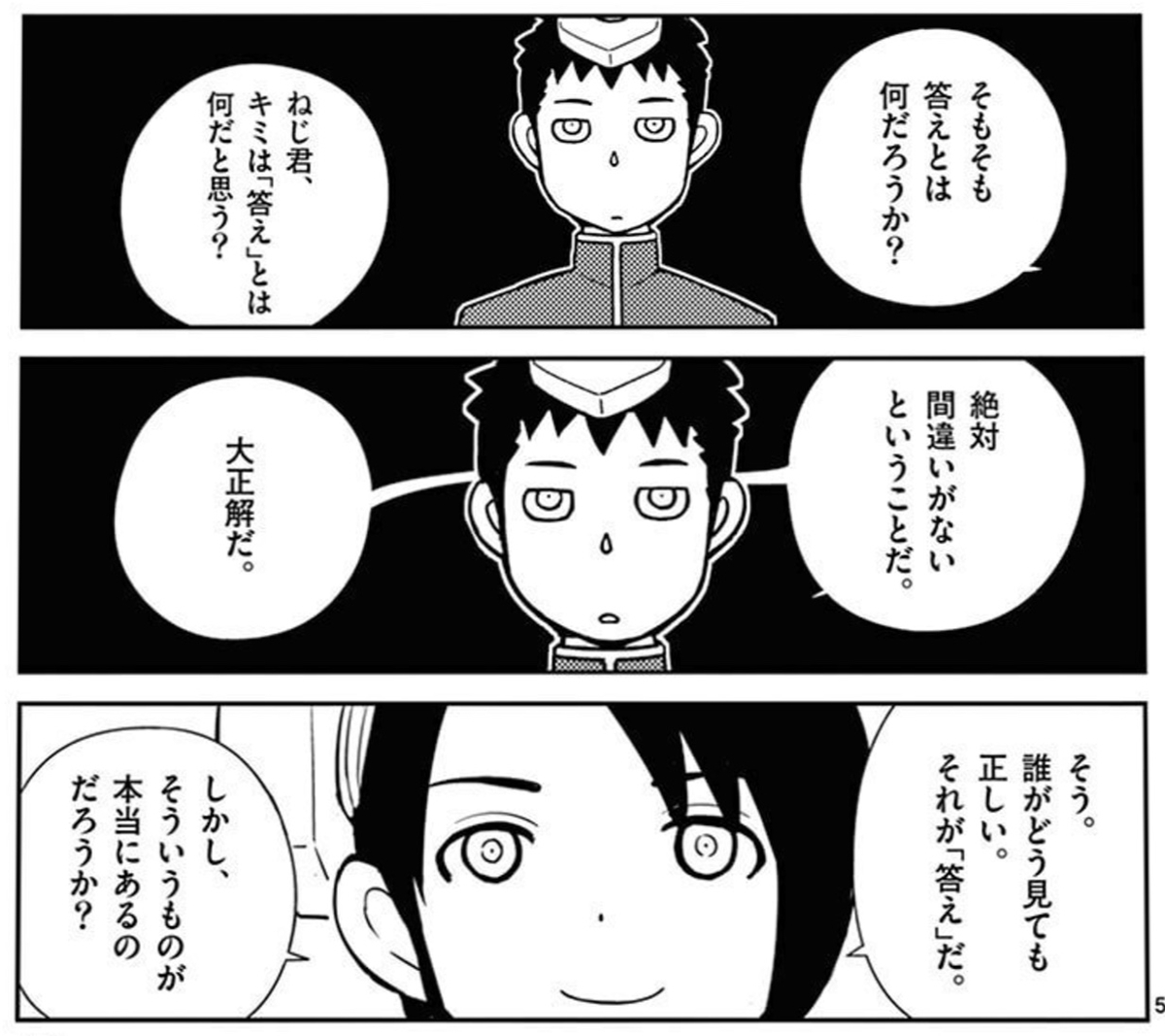